Tales of the Riverbank

You are here:
Latest Projects 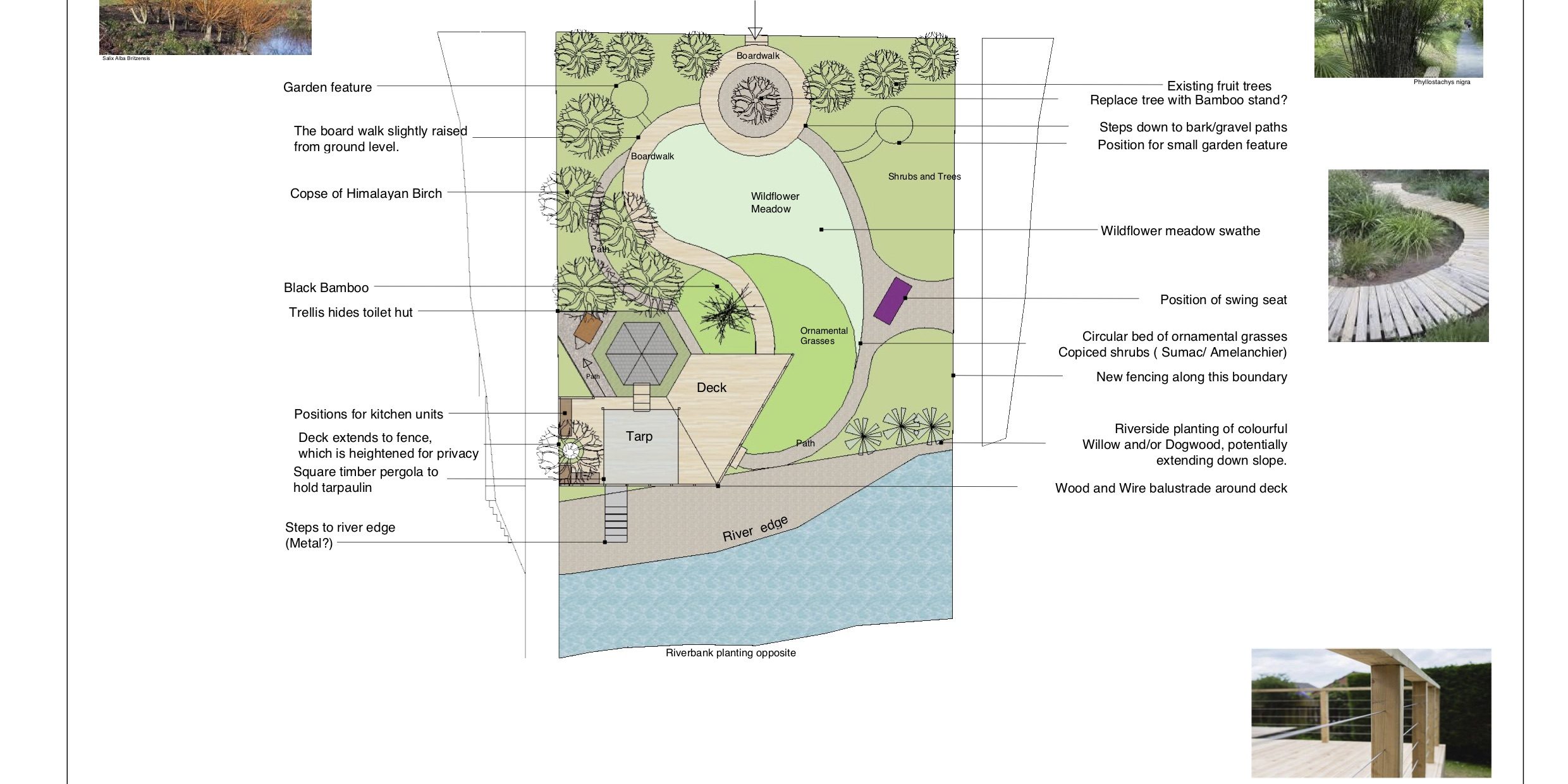 I was lucky enough this year to be asked to come up with a design concept for a wonderful riverside garden. An Artic Hut had been erected near the river in a secluded spot where the river and it’s wildlife could be quietly viewed. The hut needed a deck that was in keeping with the rest of the garden as well. It needed to be big enough to entertain and house an outdoor kitchen and at the same time not dominate the garden.

I designed the deck to reflect the shape of the hut, but then worked the rest of the garden design through a series of curves to divide the site into distinct areas. We wanted the planting areas to compliment the riverside and so we decided on colourful dogwoods and willows for the river’s edge which transitioned into ornamental grasses, traversed via a boardwalk slightly raised above ground level. Behind the hut and beyond the grasses a copse of Himalayan Birch – multi-stemmed Betula utilis is to be planted – again with a sinewy path through the trees but away from the main boardwalk.

The boardwalk leads from the base of a slope where there are terraces for a kitchen garden and more traditional existing planting, so it is truly a garden of many different elements.

This garden is a long term project and I am very much looking forward to seeing the deck and boardwalk completed in the near future.